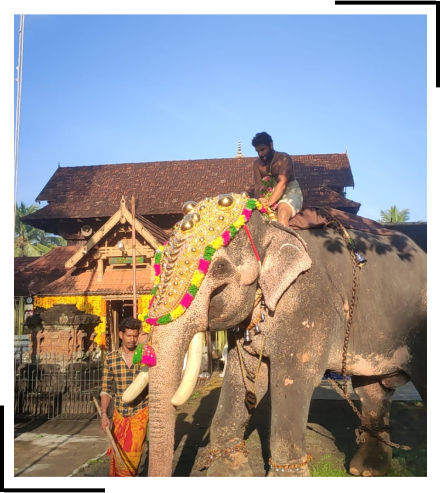 The Thali Mahadevar temple ,popularly known as 'Thiruma thaliyappan' temple Is located near Varavur Thali at Nedumpurayur in Thichur village,Varavoor Panchayath, Talappilly taluk . It is one of the oldest temples in the district of Thrissur. The temple is a protected monument of the Kerala State Department of Archaeology

The old name of Sree Thirumathaliyappan Siva temple was 'Sree Nithyavichareswarathu Kshetram'. The local tradition about the temple is that, it is one of the one hundred and eighth siva temples established by Perumals who ruled from Mahodayapuram, the present day Kodungallur. People also believe that one of the Cheraman Perumals ruled from Nedumpuryur and his palace could be located near the temple. A big tank extending about 12 acres locally known as 'Arakulam' is located 400 meters east of the temple. Kodungallur (Mahodayapuram), the capital of the Perumals also has a very big tank known as 'Arakulam'. On the top of a near by hill near the Thirumathaliyappan temple there is a Kizhthali temple. A Kizhthali temple is also located at Kodungallur near the palace complex. The temple names of Kizhthali and Nedumpuram Thali are remains of evidences of the rule Perumal from Nedumprayur. 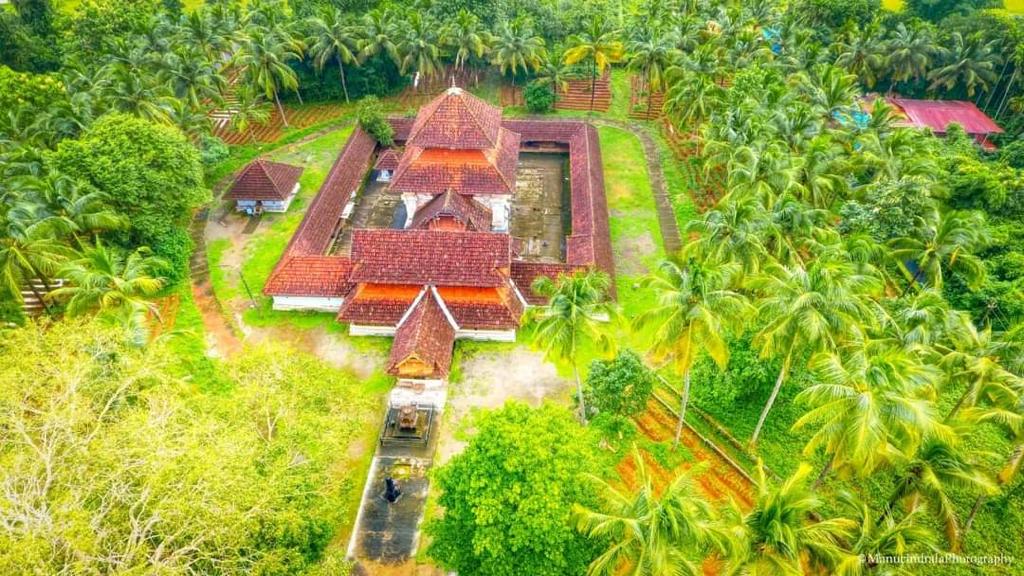 The temple, facing east, is placed iside a compound having 2.75 acres of land surrounded by a wall on all sides. The road from the village turns left just in front of the gate of the temple. After entry to the temple compound 'deepastambham', 'valiyabalikkal' and 'agramandapam', are sighted first. Deepastambham is a later structure while valiyabalikkal is as old as the temple. Agramandapom is in traditional style with a granite 'nandi' on the center of the hall wooden seats on the south and north. Agramandapam is locally known as 'nandippura'. The door in the western wall is the entry to the udjassant structure , vatilmadam.

On both the sides o f the passage (vatilmatom) from agramandapam to Sreekovil, on the north and south basements of the valiyambalam, have inscriptions that belongs to the period of 11th and 12th centuries. The inscription is in vattezhuthu script and old Malayalam language. Though there is no definite date in the inscription historians have calculated tenth century as the period of the inscriptions. These inscriptions do not mention any thing about the construction of the temple. The open spaces on the north and south have been used temple festivals and other auspicious occasions.Koothu and Patakom were performed in these halls formerly. The open spaces have six wooden pillars on each side.

On both the sides o f the passage (vatilmatom) from agramandapam to Sreekovil, on the north and south basements of the valiyambalam, have inscriptions that belongs to the period of 11th and 12th centuries. The inscription is in vattezhuthu script and old Malayalam language. Though there is no definite date in the inscription historians have calculated tenth century as the period of the inscriptions. These inscriptions do not mention any thing about the construction of the temple. The open spaces on the north and south have been used temple festivals and other auspicious occasions.Koothu and Patakom were performed in these halls formerly. The open spaces have six wooden pillars on each side. 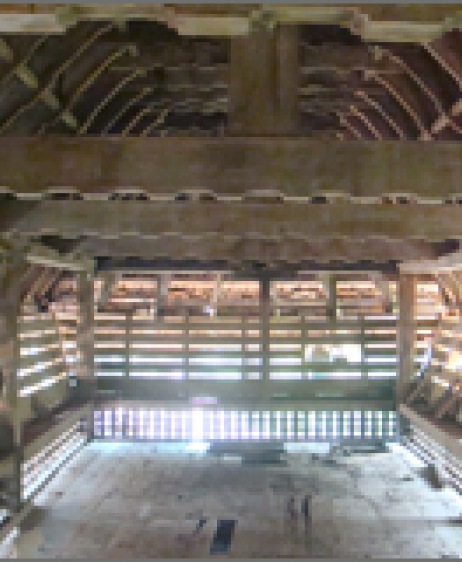 Thitappalli or the temple kitchen is on the south eastern corner of valiyambalm. 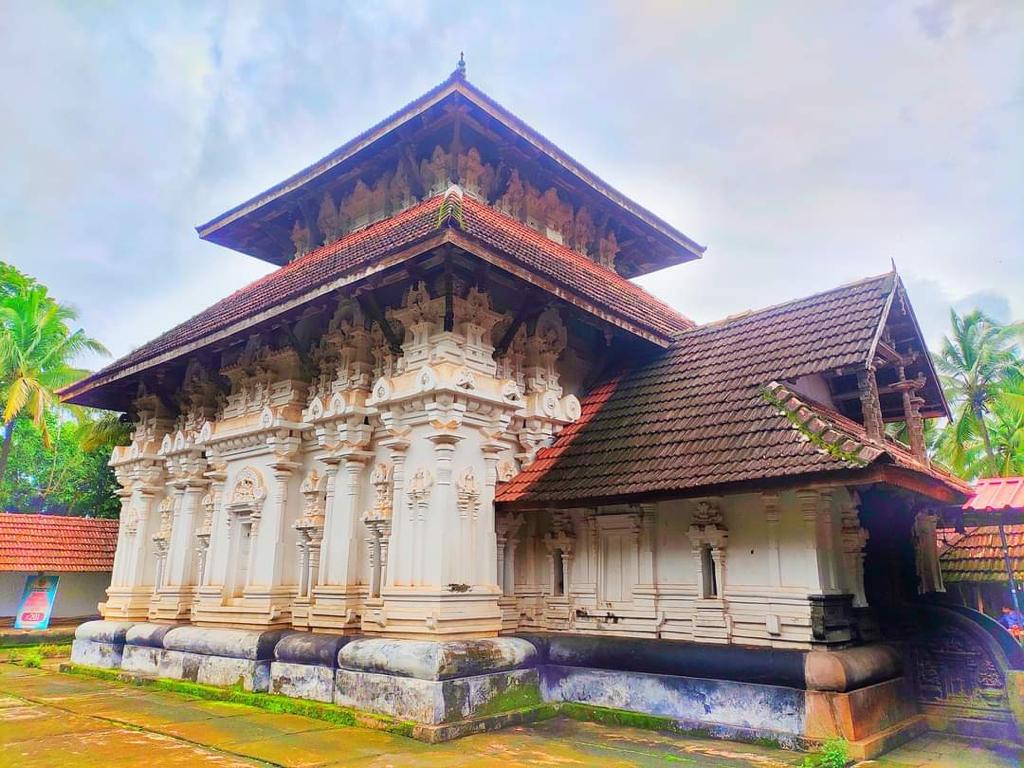 Sreekovil is of square dwitala(double roof) in style with tiled roof.The wall is of laterite covered with lime plaster. Adhishtanam is covered with cement plaster (later intervention).The adhishtanam has the mouldings of 'padukam', 'jagathy', 'vritha-kumudam', 'galam','kampam' 'gala-pati' and 'vedi'.The sreekovil has 'mukhamandapam' (a projection in continuation of the sreekovil ).(Photographs of the front, left and right sides of the mukha mandapam ).The roof of the mukhamandapam is supported by wooden pillars.There is sukanasa at the front of the mukhamandapa.

The 'sopanam is of granite' with eight steps leading to the mukhamandapam. The banisters on both sides have vyali figures on top and figures of Ganapathi and poornakumbham and also niches on the sides. There are two 'dwarapalakas' beautifully carved on granite on either side of the entrance of the mukhamandapam. The sreekovil have three 'ghanadwaras' (false doors) on three sides and one functional door. There are niches with beautiful designs on all three sides. There are some stucco reliefs of faces on the walls. Aesthetically designed stucco sculptures called salabhanjaras are seen on the 'greeva'. The granite 'pranalam' has makarasimha face at the base, multifaceted sundu with pearl rings and curved end with 'gomukha' tip. There is no namaskara mandapa for the main sreekovil. The space between the vatilmatam and sreekovil is known as 'kannadithalam'.where special poojas are performed.

A subshrine of 'kannimoola Ganapati', an independent square structure having a side of 3.5 meter is located on the south west corner of the main sreekovil.

The 'chuttambalam' (the rectangular building surrounding the sreekovil ) has entrances from four sides. The northern part of the chuttambalam is used as 'oottopura (dining hall )which is in the 'esanakone' of the temple structure. 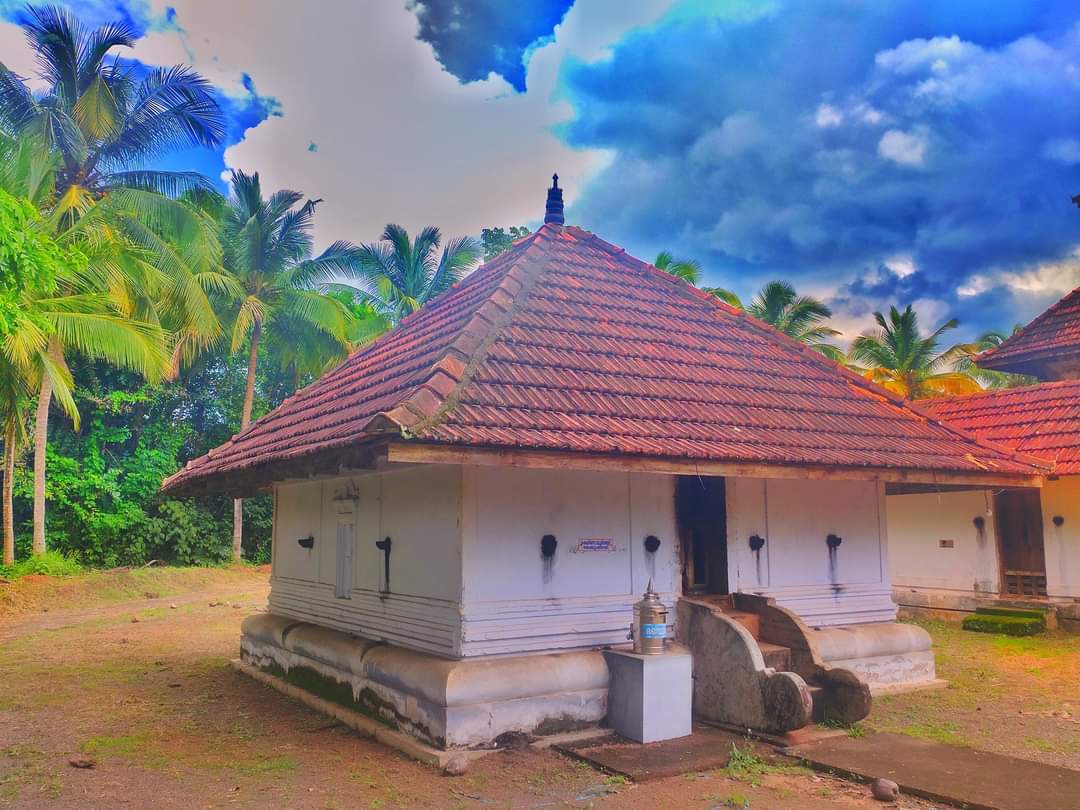 There is another independent subshrine outside the chuttambalam on the southern side, that belong to 'Dhakshinamurthi', popularly known as 'puram sivan'.

A new sub shrine for Ganapati,Bhagavathi and Sasthavu are being constructed on the south eastern side of the temple compound outside the chuttambalam.

There is a traditional style two storeyed building on the east of the temple near the main entrance. This is now used as administrative office and record office.

Nedumpurayur nadu was part of the Cera kingdom of Mahodayapuram during the period between eighth and twelfth centuries. The history of the origin and development of this kingdom is obscure. It is distinguished from the earlier Cera kingdom of the Sangam age by its new capital Mahodayapuram. The site of the Sangam Cera capital Vanci is a subject of controversy among the scholars. Some identified it as Kodungallur and others put it as Karur-Vanci. The weight of the evidences would in favour of Karur-Vanci especially after the discovery of plenty of Sangam Cera coins from Karur and the discovery and decipherment of Tamil-Brahmi inscriptions, mentioning the namses of several Cera kings of the Sangam age ,from the neighbourhoods of Karur. Whatever be the location of the ancient Vanci,it is clear that the Ceras of the Sangam age controlled Karur in the interior as well as the two harbor towns of Tondi ( Tyndis) and Mucir (Muziris) on the west coast. Gradually, towards the close of the Sangam age, Karur seems to have acquired much prominence. Whether it was the ancient Vanci or not, Karur came to be known by the 8th and 9th centuries as 'Vanci manakaramana Karur'. Therefore it may be assumed that when Calukyas,Pallavas,and other powers refer to the conquest of the Ceras or Keralas they invariably mean the acaeras of Karur, i.e., the Ceras of Kongudesa.

The rulers of Mahodayapuram was generally known history as the Perumals of Kerala. The capital of the kingdom was Mahodayapuram or Muyirikkode which is identified as the present day Kodungallur. The kingdom is a combination of several natus or districts administered by 'Utayavers', or governors who appointed by the Perumals. The kingdom is divided into several nadus of which Nedumpuraiyur natu is an important one.

The name itself implies that the district had its headquarters at Nedumpuraiyur natu where the temple of Nedumpuraiyur Thali yielded several Cera inscriptions. These inscriptions reveal the names of governers of the natu also. They were Manalmanrathu Yaakan Kota in seventeenth year of the Perumal Indu Kota (C.943-62), Kota Ravi in thertifirst year of Bhaskara Ravi (962-1021), Panritturuthi Pozhan Kumaran in the thirtifirst year of Bhaskara Ravi and Mangattu Kumaran Ravi in the eleventh year of the same king. The difference in the family name oroves that governors were not hereditary bt nominated. Moreover, the practice of putting more than natu under the same governor is revealed by the fact that Panrithuruthi Pozhan Kumaran was simultaneously governor of Nedumpuraiyur natu and Kalkarainatu also.

It may be noticed further that of the four families which supplied governors to this district Manalmanrathu,Panrithuruthi,Mangattu, and Thalaippulathu- the first two provided governors to other district also. Thus Manalmanrathu Yakkan Cirikantan was governor of Nanruzhaintu in the reign of Ravi Rama and Panrithuruthi Ykkan Kunrappozhan was governor of Kalkarainatu in the reign of Indu Kota. This would establish the fact that nominated governors of the districts were drawn from a few aristocratic families.

The members of the Manalmanrathu family were nairs in caste. Therefore it may be inferred that they belonged to the warrior classand were rewarded for distinguished military service. Two officers named Nedumpuraiyur natu Patainair {military commander of Nedumpuraiyur natu ) -Kanjirappalli Ravi Kunnapiran and Cerupullur Kumaran Kumaradityan -are seemed to be regulating temple affairs on behalf of the governors at Netumpuraiyur Thali temple. governors of the districts were drawn from a few aristocratic families.